In Fall 2019 SDSU faculty, along with Instructional Technology Services (ITS) staff and student assistants, began exploring artificial intelligence to innovate on universally beneficial accessibility, efficiency, and convenience in classroom settings. During the early months of the COVID-19 pandemic the ITS team identified a need for a hands free interface for controlling classroom equipment, which built upon existing needs for faculty for whom physical reach presented an accessibility challenge. After initial research we could not find a satisfactory system that was usable at the scale and with the range of equipment of the classrooms we manage. ITS created a proposal to develop a proof of concept in an instructional space to determine the feasibility of this type of a hands free interface at a large scale.

The goal of the AztecA project was to design a hands free interface for controlling equipment in a classroom and determine its viability for deployment in SDSU classrooms at a large scale.

Reasons for pursuing this goal:

Due to the scale of our goal we decided to rely on consumer voice recognition systems for our language processing. This would also save resources developing our own voice recognition system and allow us to leverage progress made by prominent third party companies such as Amazon. Amazon’s consumer voice service is called Alexa and it is capable of running on a variety of consumer hardware provided by Amazon. For this project we decided to use the Amazon Echo Dot because of its relatively low cost and profile.

In developing our model we took inspiration from several sources and tried to find a solution that could potentially scale to the number of rooms we have at SDSU.

The echo dot relies on listening for a “wake word” from users before it begins to parse a statement. Once a user uses that wake word the statement can be processed with the Alexa Skill in the cloud. The skill will determine what the user wants the classroom equipment to do. The command will travel through the cloud to a server on SDSU’s campus that has network access to the control processor in the correct room. The control processor will handle the command as if the equivalent button had been pressed on the touch interface.

Problems and Solutions with Our Model

To test the efficacy of our model we set up a prototype of the system. The prototype was located at a replica classroom podium ITS uses for testing and training. Most of the technology that is included in a standard connected classroom at SDSU is included in this podium.

We were able to set up all the steps listed in our model with the exception of the on campus server. The role of this server was played by an on campus computer that was connected directly to the processor over ethernet. We programmed the control processor in the room to accept commands from the local computer. We achieved touch equivalent controls for the projector screen, podium mac, podium pc, usb switcher, projector on/off, and display switcher. While this left out options to control other important devices in our classrooms we felt this was a broad enough range of functionality to assess the viability of the system at a larger scale. A set of instructions that listed what devices could be controlled and what verbal commands could be used was displayed alongside the Echo Dot device.

The proof of concept was successful in accomplishing the technical capabilities we had established at the beginning of the project. However, we came to the conclusion that further developing and deploying the system would be too time costly for the benefits it would provide. However, in developing this system we uncovered findings and skills that have been useful in other classroom improvement efforts and future development of hands free systems. In assessing the viability of the system we developed we consulted with potential faculty users, instructional designers, learning environments technicians who would help to support and install the system into more rooms, and university administrators. We tested the system to reveal problems and areas for improvement. Through the course of developing this project we have only found more desire for a system that accomplishes the goals of this project. While we may not have succeeded in accomplishing all of our goals we have gained and shared information that will be useful for progress in the field of hands free user interfaces in the future. 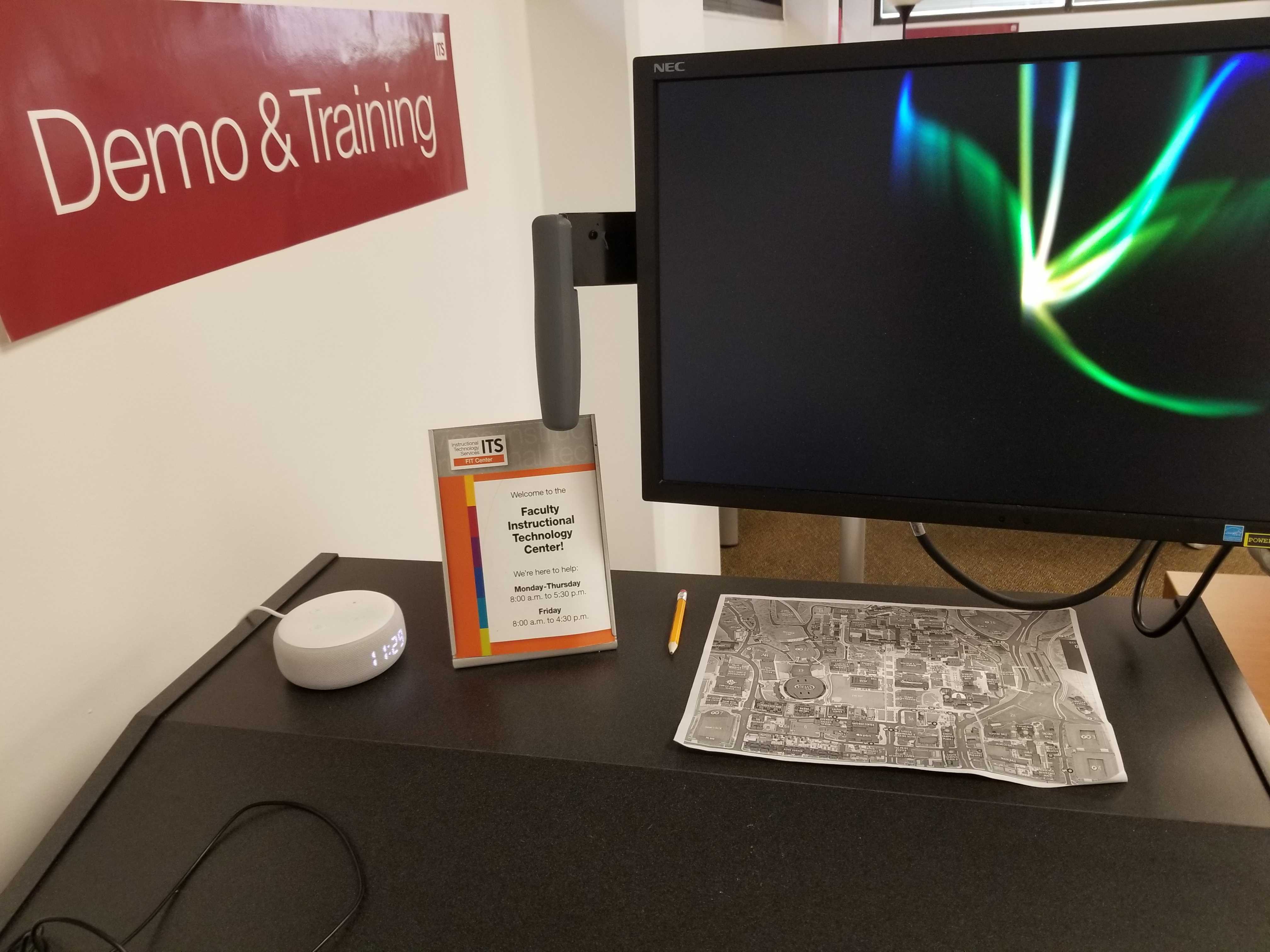