ITS’s very own Sean Hauze and Antonio DeNinno were invited to present at Mediasite’s SoCal Chapter Meeting hosted at the University of Southern California on September 22, 2016. Sean and Antonio were asked to present on ITS’s recently adopted instructional model, polysynchronous learning.

Polysynchronous learning refers to a mix of face-to-face, asynchronous and synchronous channels of communication. 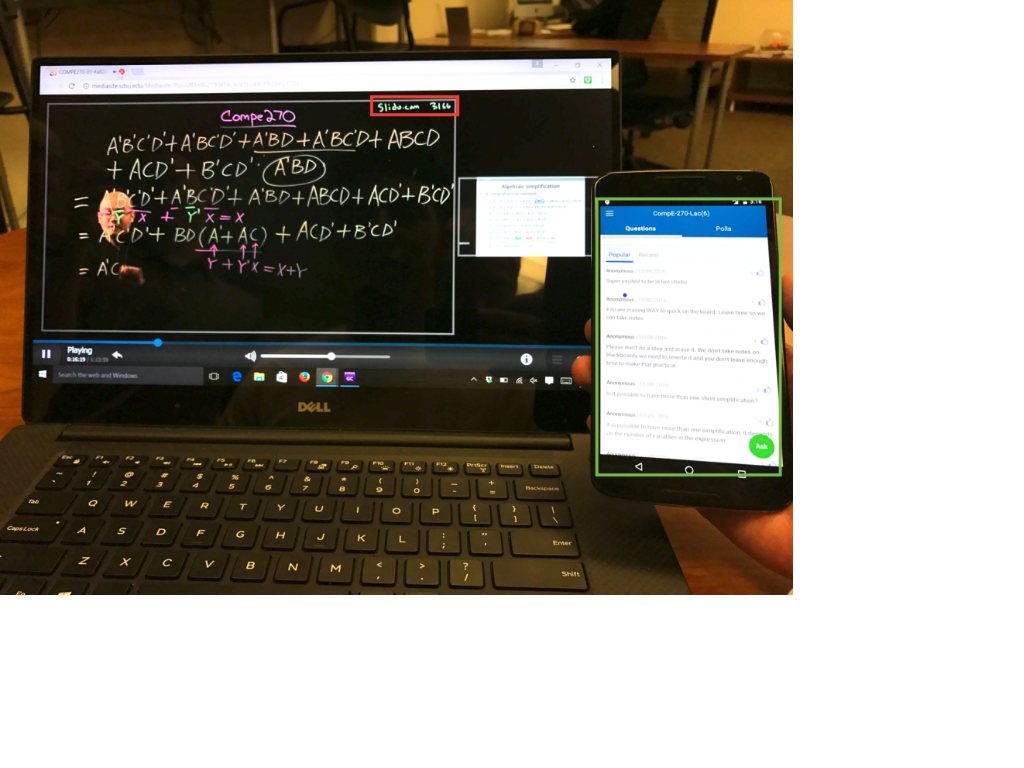 So, how it works: while 25-35 students are physically in the classroom with an instructor, the remaining students are viewing a livestream, via Mediasite, of the lecture in another classroom. One of the greatest challenges, as one can imagine, was both coming up with a way for students in one location to have the ability to communicate directly with the instructor in a completely different location and prevent the mentality that the students in other lecture halls were less important than those in the Learning Glass Studio (LGS).

Now, how do students in other lecture halls ask the instructor a question? The answer is an audience interaction application called Slido. Basically, the instructor creates a room within the application via computer or smart device (e.g., Apple or Android devices). When the room is created instructors are give a four-digit room ID number. Students then access Slido through their laptop or smart device, enter that four-digit room ID and then simply type in the question within the easy to use interface.

Students from the other lecture halls now have the capability of typing in a question or comment when needed. Students can also up-vote other student questions, moving popular questions to the top and basically prioritizing the students’ questions. Lastly, Slido creates an archive of the questions and answers for each session. This allows faculty and students to go back and reference them later.

Back to the Mediasite SoCal Chapter Meeting, which was very successful. We learned how the University of Southern California implements Mediasite in their course design – one of those ways is implementing their version of the Learning Glass called the Light Board (see picture 1 below). Another way was recording in a green room studio (see picture 2 below). This was a really fascinating concept – the green room would allow the PowerPoint presentation or any other form of multimedia to be projected on the screen while the instructor was off to the side (see picture 3 below). The instructor could stand or sit while delivering the lecture. 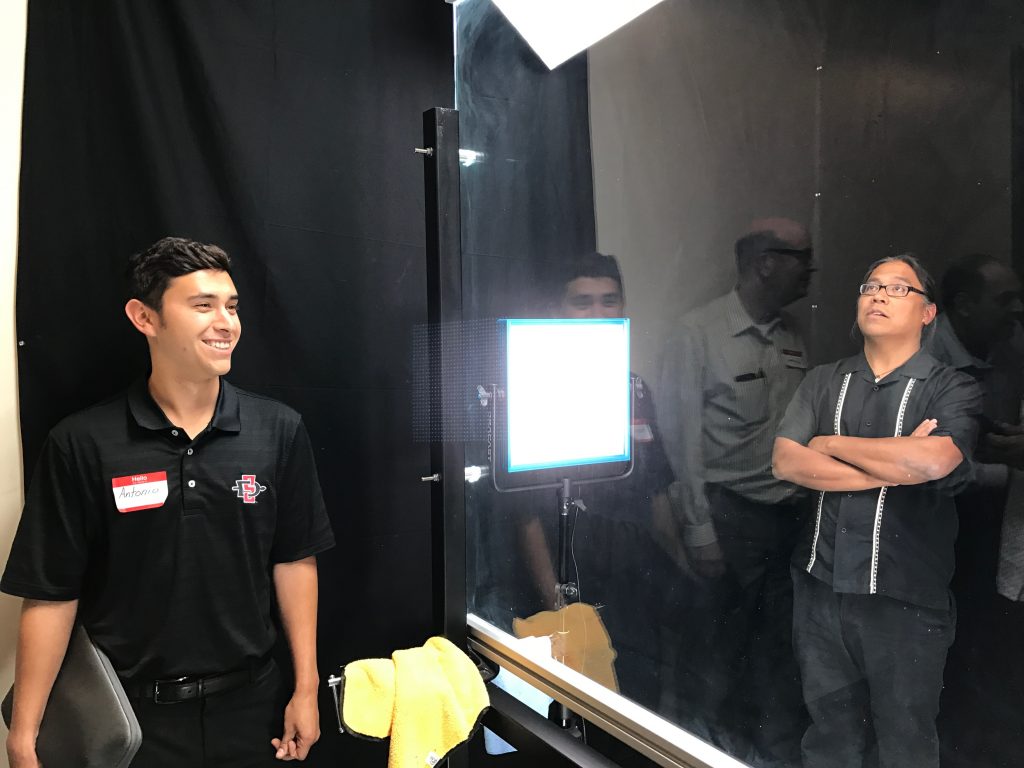 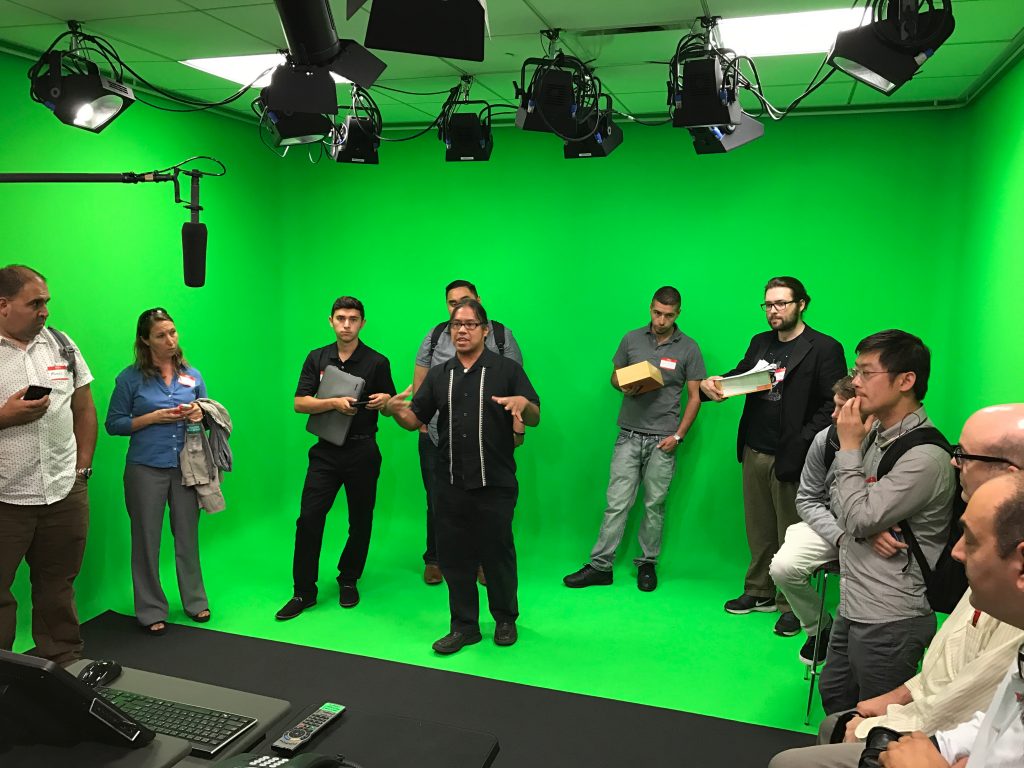 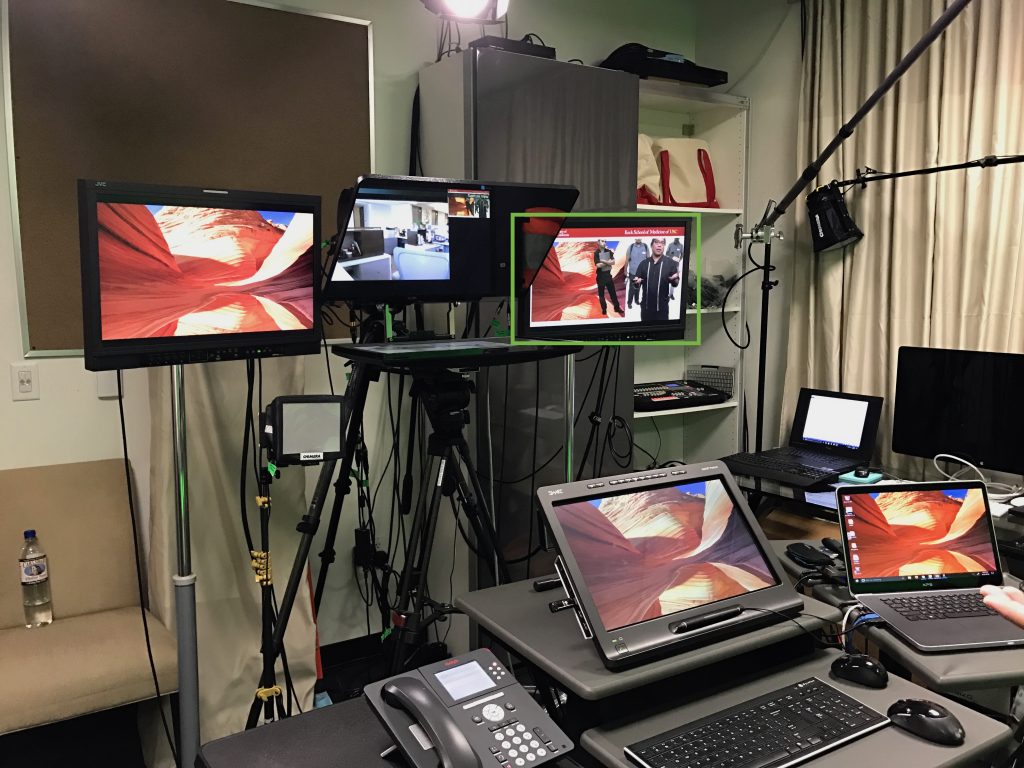 Also discussed at the SoCal Chapter meeting was what Mediasite had in their development pipeline of which included:

Overall, it was a very fun and informative experience for all of us who attended. We can’t wait to start implementing SonicFoundry’s new tools! 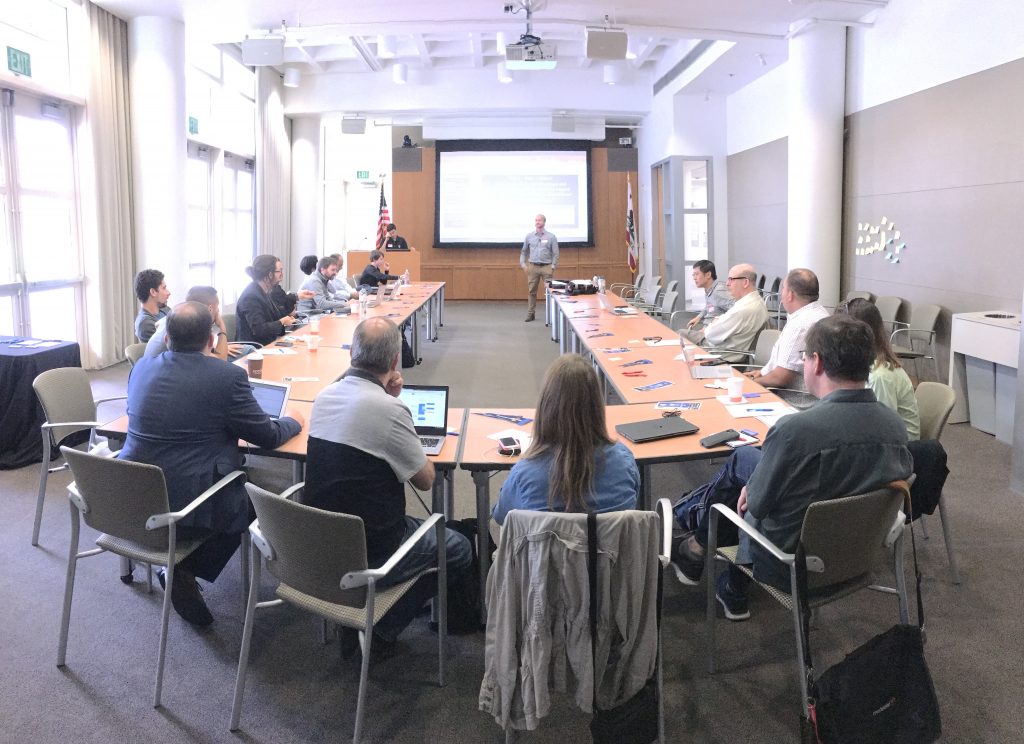 Sean and Antonio leading a discussion during their awesome presentation!